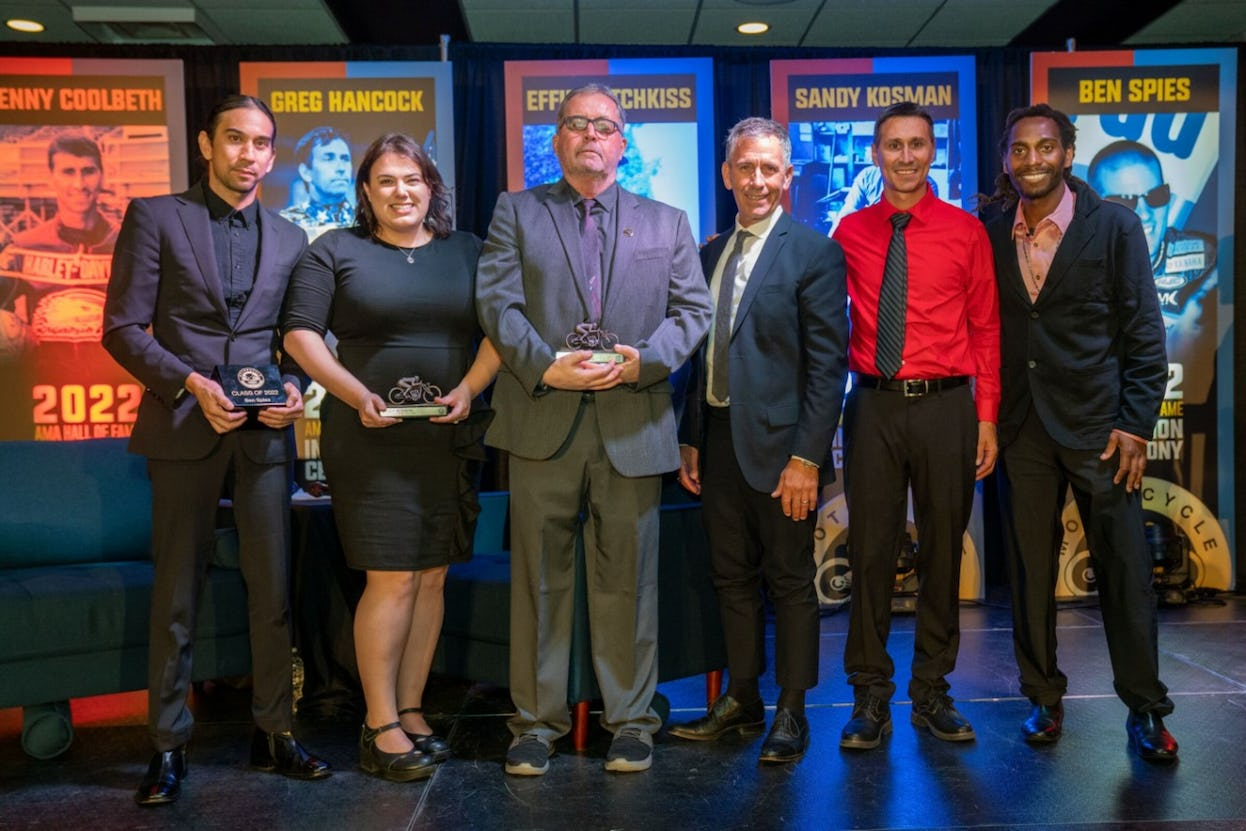 Event brings together motorcycling legends, enthusiasts and industry leaders from across the country!

"Every year, with the exception of 2020, it's been our privilege to honor motorcycling's most accomplished and significant people in a very special AMA Motorcycle Hall of Fame induction celebration," AMA President and CEO Rob Dingman said when addressing the audience. "But it's more than just a great banquet and ceremony to honor the incredible inductees who've contributed so much to our sport… it's also a chance for us to come together in the interest of preserving motorcycle history for future generations."

The AMA Motorcycle Hall of Fame Class of 2022

Following an introduction, each member of the Class of 2022 was officially inducted into the AMA Motorcycle Hall of Fame, and inductees in attendance were presented with the prestigious Hall of Fame ring by fellow Hall of Famers. Many of the inductees, or their family members, then addressed the audience. 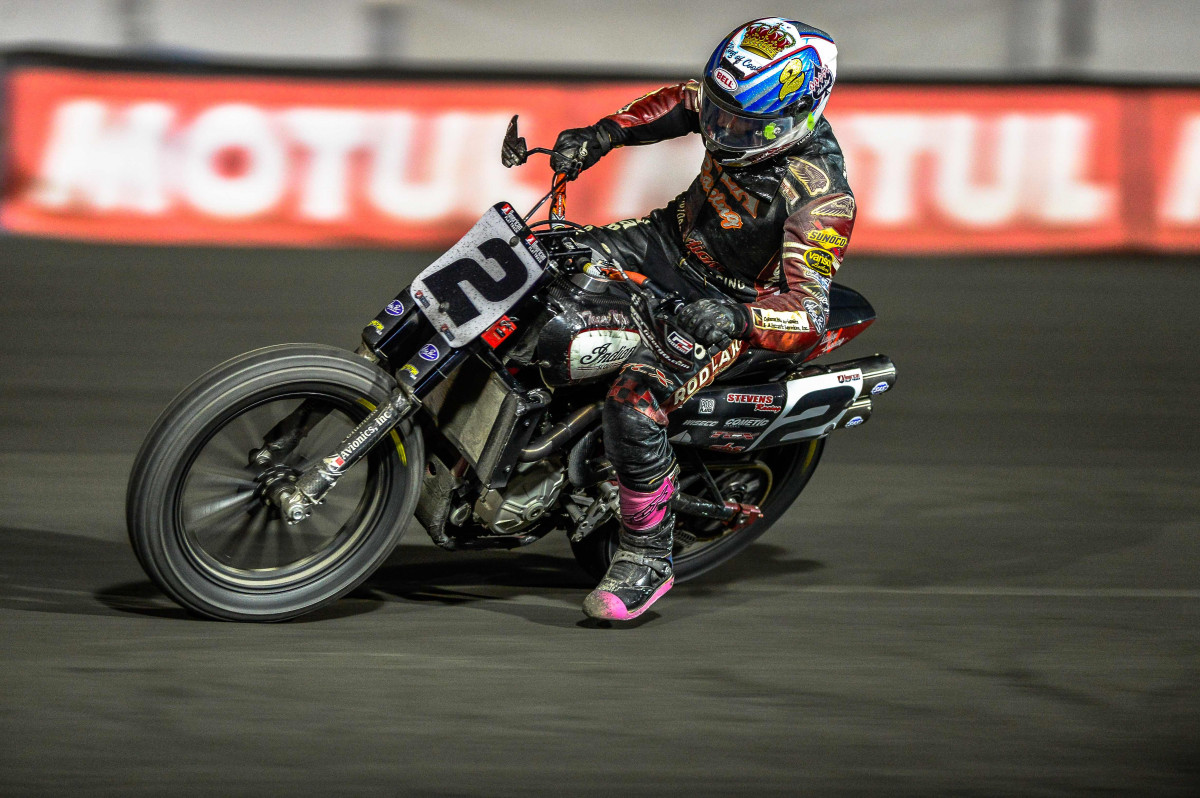 Coolbeth retired from professional flat track racing at the end of the 2018 season while still competitive in the sport. He continues to give back to the sport and now works as a rider coach and setup expert for the Turner Honda Racing team.

"I was just a kid who knew how to ride motorcycles," Coolbeth said after being inducted into the Hall of Fame. "I never dreamed I'd be in the AMA Motorcycle Hall of Fame, and it's an amazing honor to be here." 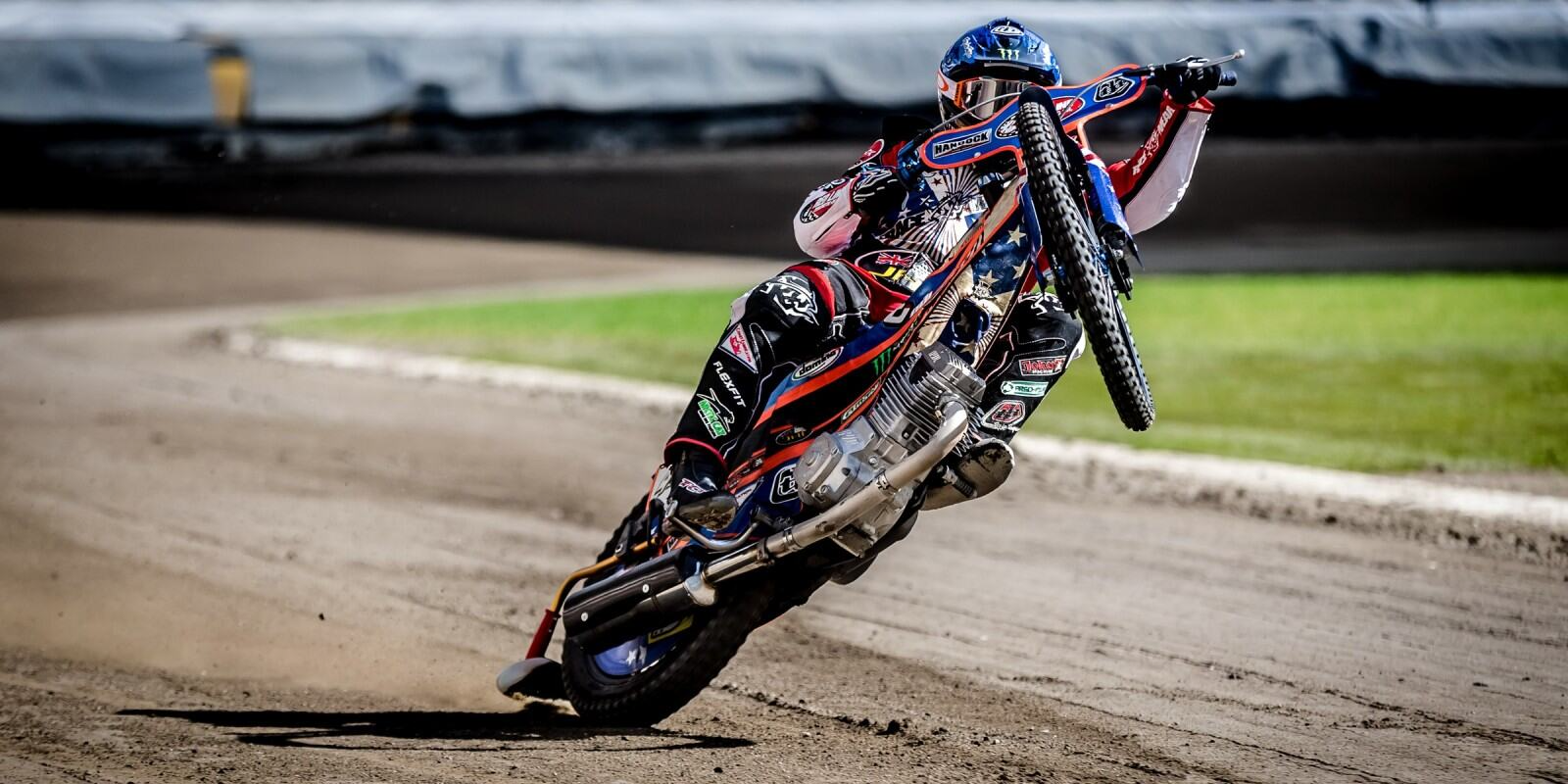 "As youngsters, we all started riding bikes with big dreams," Hancock said in his acceptance speech. "Each one of us worked hard in our own way to pursue those dreams of being champions of all sorts. When I look back over my career, I am extremely satisfied and still pinch myself every day thinking of the great success that I had. If I could do it all again, I wouldn't think twice, and I would go after even more." 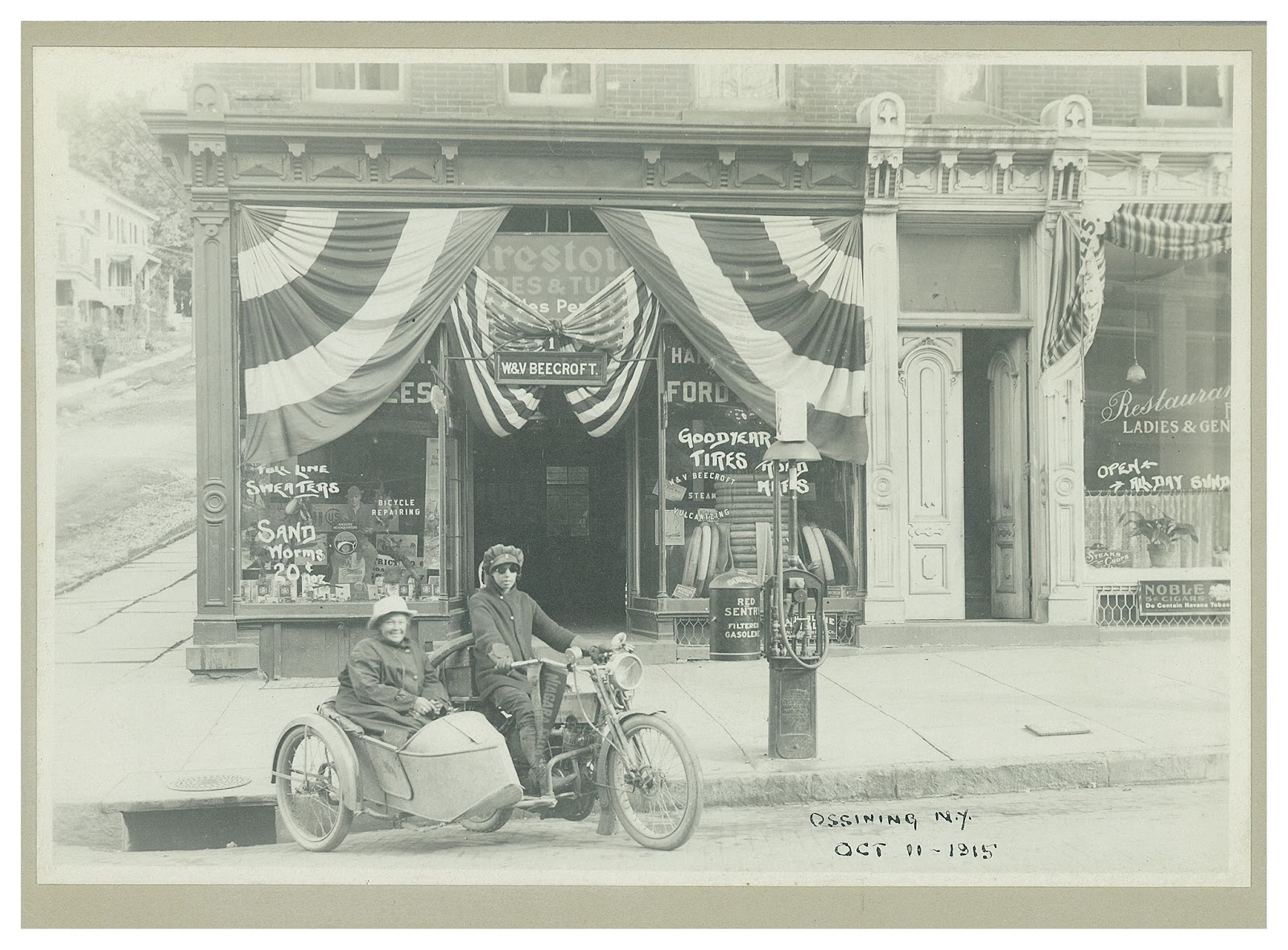 Effie Hotchkiss - Born in 1889, Effie Hotchkiss began riding at age 16. She began working on Wall Street in the banking industry but got tired of the job's monotony. Using the inheritance her father left her, she purchased a 1915 Harley-Davidson 3-speed twin and a Rogers sidecar for her mother Avis and their luggage.

The two set off on their adventure on May 2, 1915, riding all the way to San Francisco, then started back towards their home in Brooklyn, N.Y., in late August. Hotchkiss became the first woman recorded to complete a transcontinental motorcycle ride, covering 9,000 miles over five months.

Hotchkiss quickly became a female icon for her endeavor and was celebrated in the very first issue of Harley-Davidson's The Enthusiast and countless newspapers across the country. Effie Hotckiss' great-grandson attended the ceremony as her closest living relative and commented: "Thanks to the AMA for inducting my great-grandmother into the Hall of Fame. Today is the best day of my life." 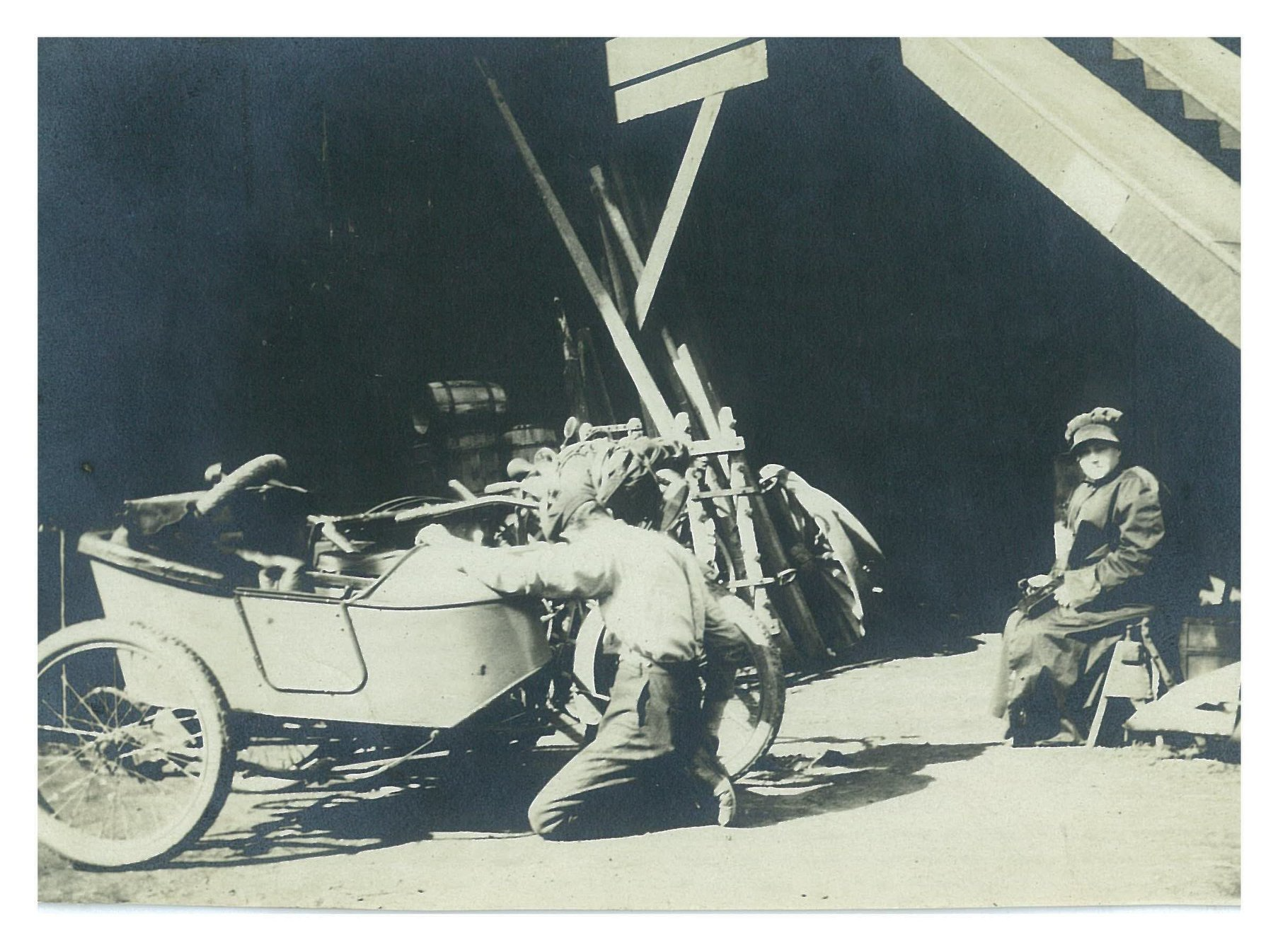 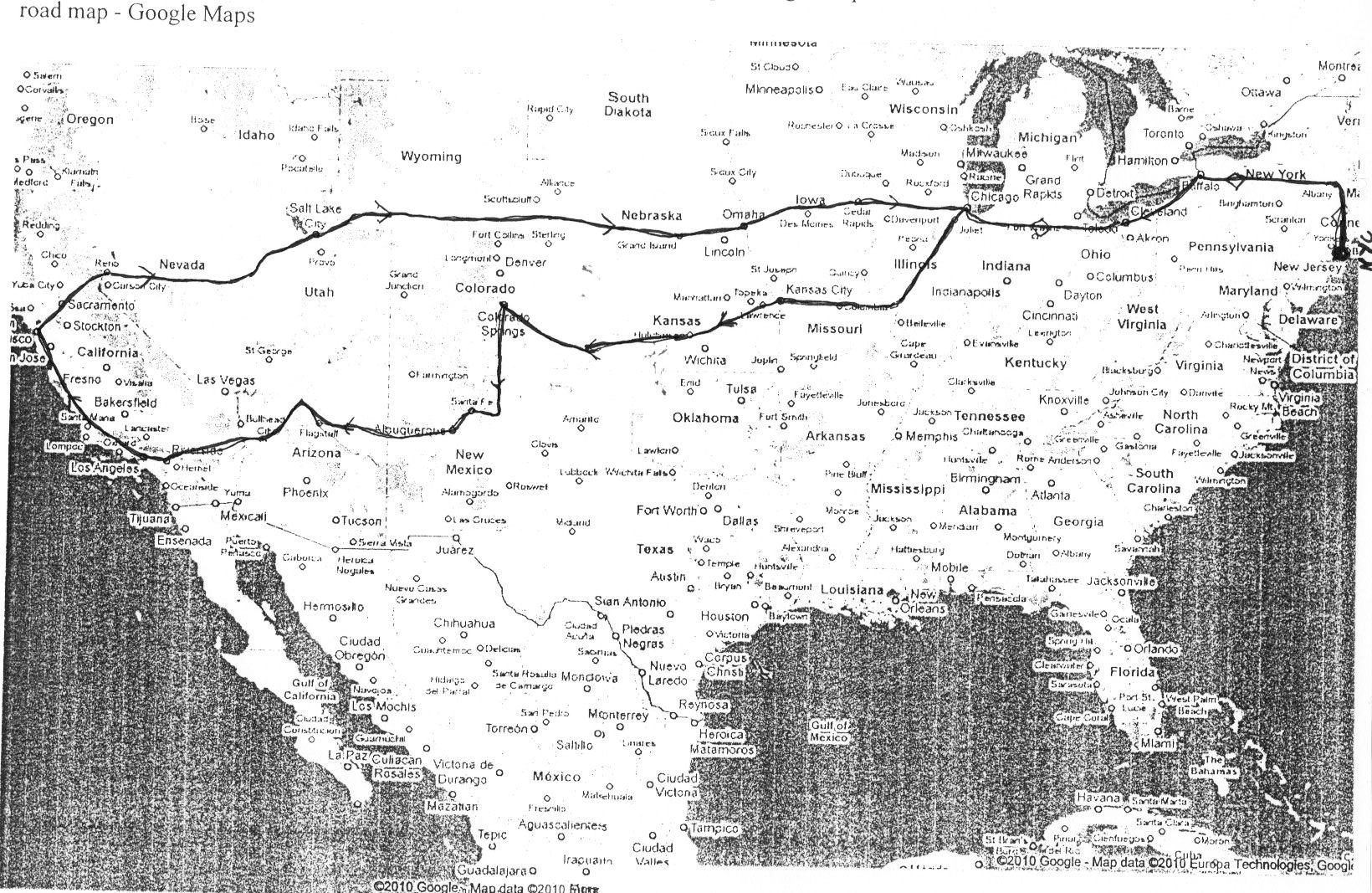 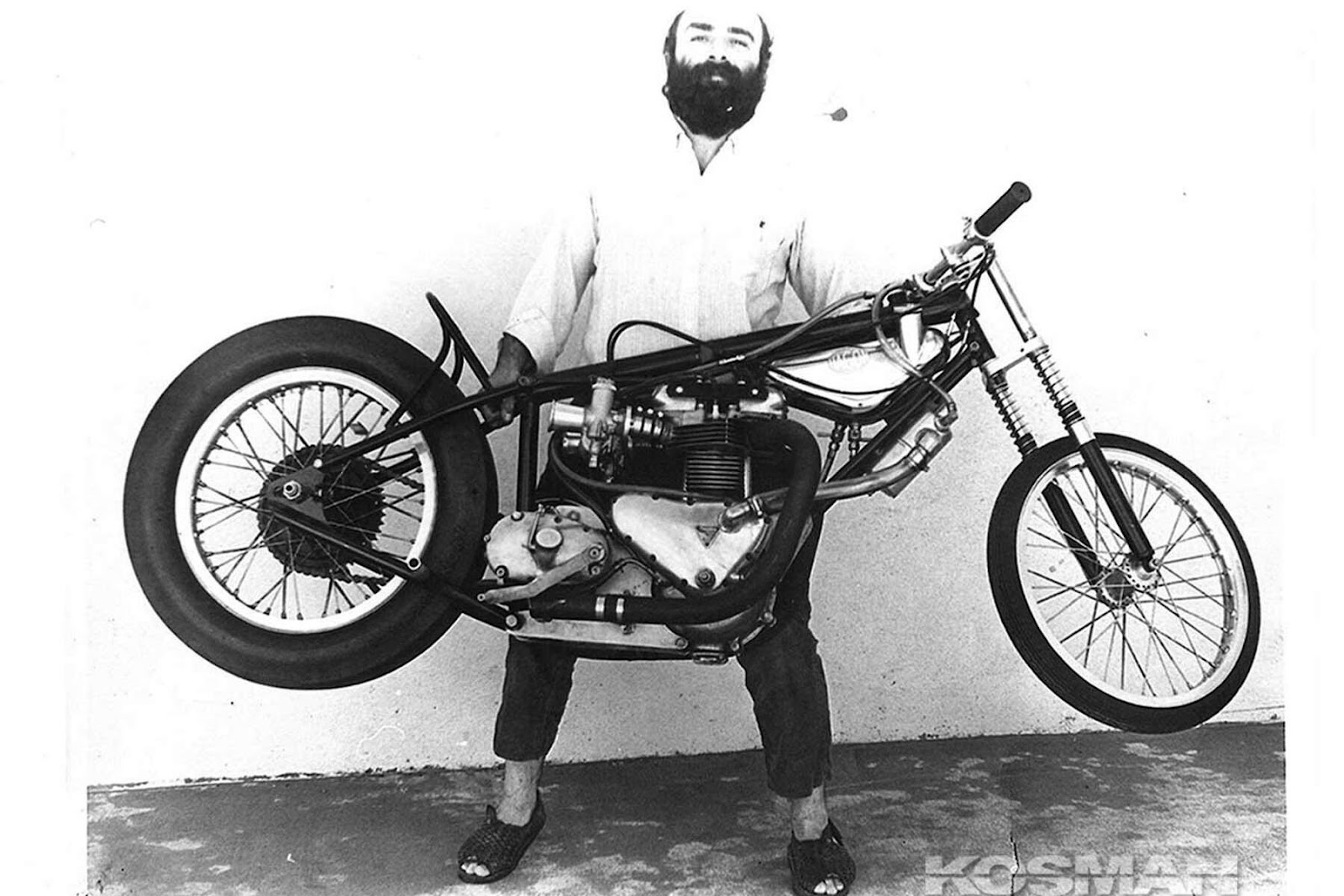 Born in 1941, Sandy Kosman had both the mind and vision of a genius. As a self-trained designer of high-performance chassis and wheels for customized road-, off-road- and drag-racing motorcycles, Kosman was a builder of champions as well as a highly successful entrepreneur.

In 1965 at age 24, Kosman started Kosman Specialties, building lightweight motorcycle gas tanks in his basement. The business thrived, and he moved into a building in San Francisco, expanding his products and services over time.

Through his 30-plus years in business, most drag-racing bikes, many flat-track bikes and a few AMA Superbike race teams adopted Kosman products, including American Honda, Vance & Hines, Performance Machine and others. Despite no formal training, Kosman and his company became a household name in racing and performance circles.

"It's not been that long since we lost my father," Kosman's daughter Nadia DeSimone said. "But I know what being inducted into the Hall of Fame would have meant to him. Tonight feels like my last moment with him, and this means so much to my entire family.". 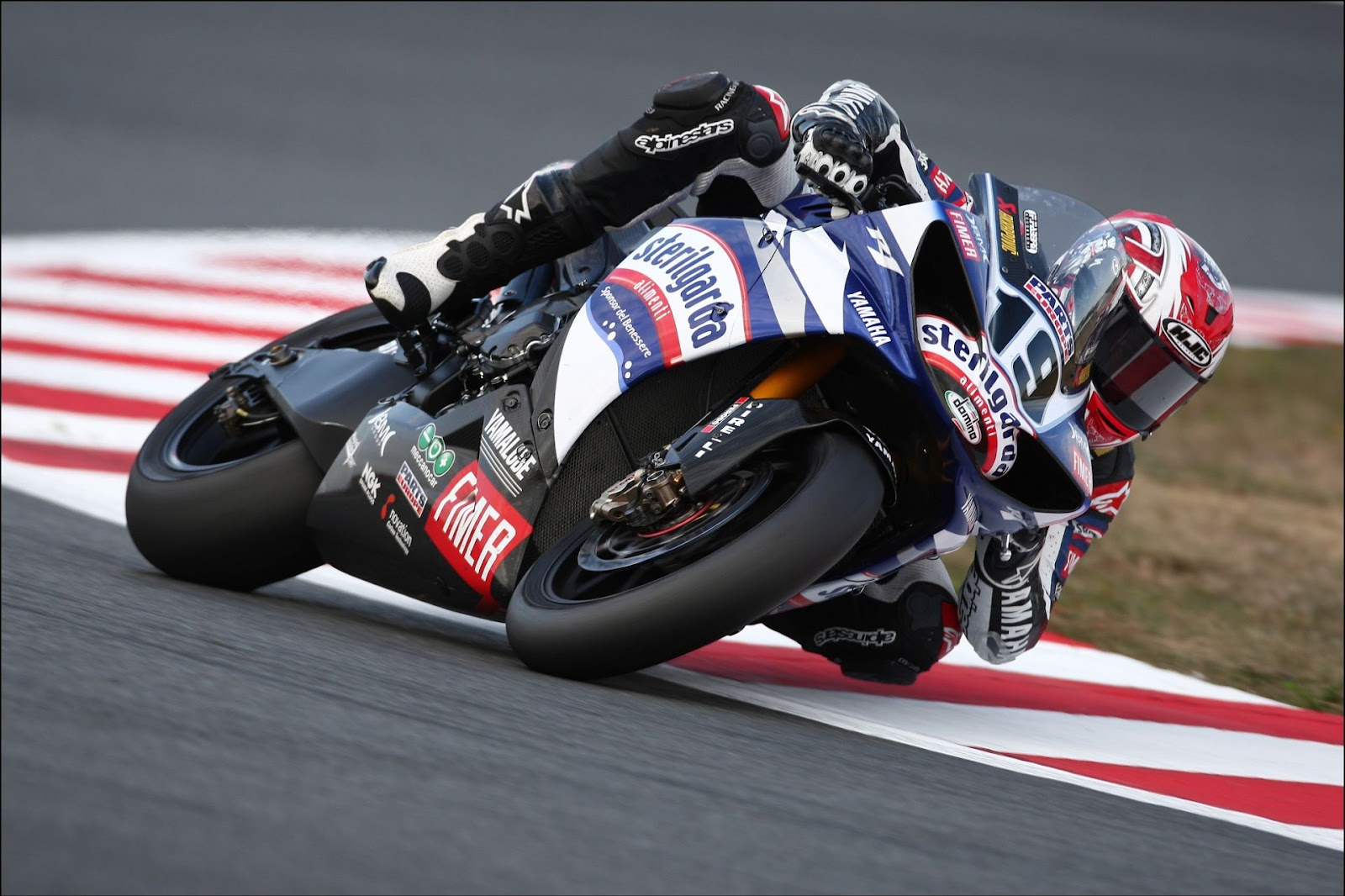 Ben Spies, one of the greatest American road racers in the sport's history, won five national titles and raced to 44 national wins during his career. Born in 1984, he came of age during the dominance of six-time AMA Superbike Champion Mat Mladin, unseating the champ in his prime in 2006. In 2007, he defended the title in one of the tightest AMA Superbike Championship battles ever.

In 2009, Spies joined the Yamaha Italia team in World Superbike competition. His rookie year proved exceptional, and he won the 2009 World Superbike title. Racing MotoGP full time in 2010, his performance earned him Rookie of the Year. He retired from professional racing in 2013.

Going pro in 2002, he won the AMA 125 MX title later that year while riding for Kawasaki, becoming the first Black man to win a title in the sport. Stewart won the 2007 AMA Supercross Championship, claiming a second in 2009.

Stewart's professional racing career ended in 2016 after tallying 50 AMA Supercross premier class wins and 48 AMA Pro Motocross national wins, cementing him as one of the greatest motocross racers of all time.

"I want to thank the AMA…this is such an honor," Stewart said in an emotional acceptance speech. "I was never the cool kid; I wanted to ride motorcycles. But now, when you say my name, it's Hall of Famer James Stewart. Out of all the things I accomplished in my career, this is the best part. This is like winning the ultimate championship. It's amazing!"James Stewart. 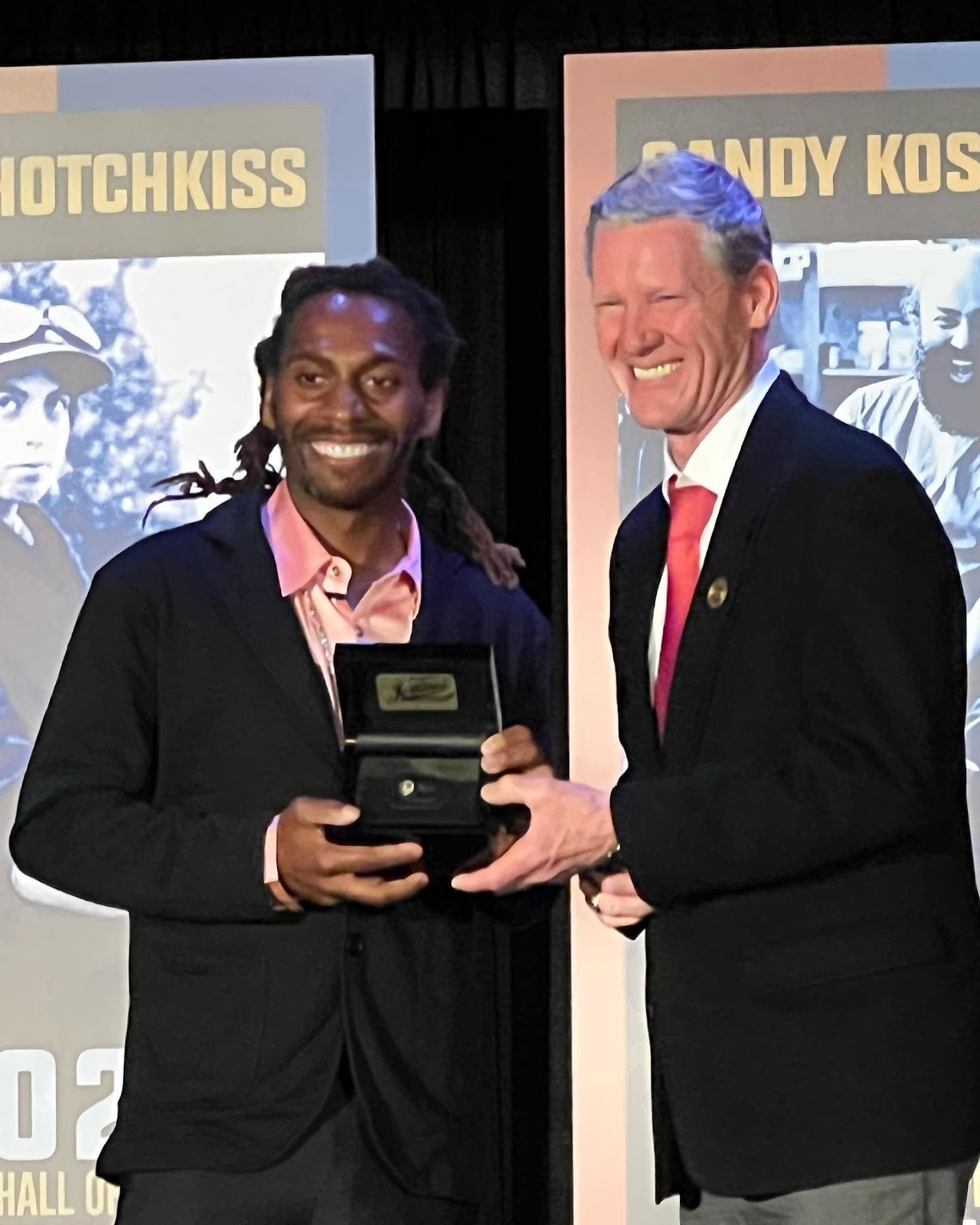 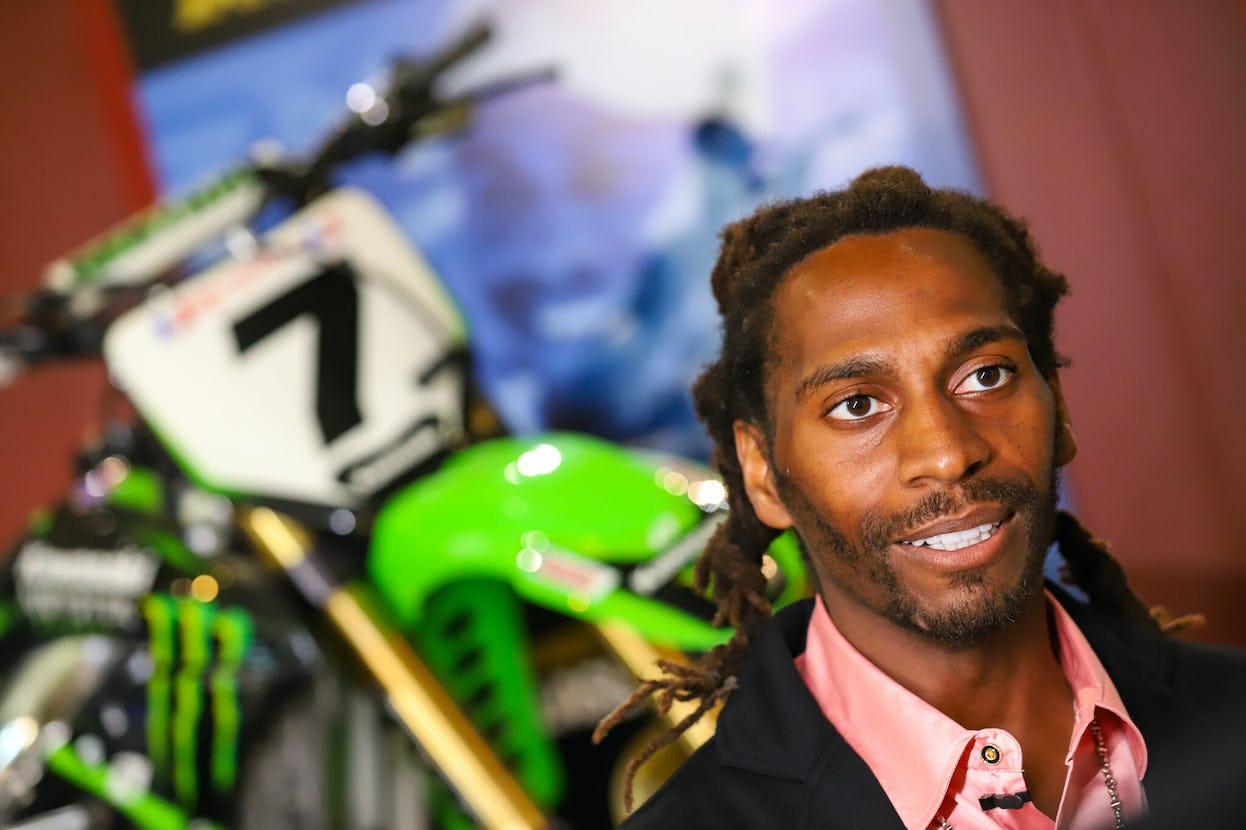 ABOUT THE AMERICAN MOTORCYCLIST ASSOCIATION

Founded in 1924, the AMA is a not-for-profit member-based association whose mission is to promote the motorcycle lifestyle and protect the future of motorcycling. As the world's largest motorcycling rights and event sanctioning organization, the AMA advocates for riders' interests at all levels of government and sanctions thousands of competition and recreational events every year. Besides offering members money-saving discounts on products and services, the AMA also publishes American Motorcyclist, a recently revitalized and monthly full-color magazine (and digital version of same) that covers current events and motorcycle history with brilliant photography and compelling writing. American Motorcyclist is also North America's largest-circulation magazine. Through the AMA Motorcycle Hall of Fame in Pickerington, Ohio, the AMA honors the heroes and heritage of motorcycling. For more information, visit americanmotorcyclist.com. 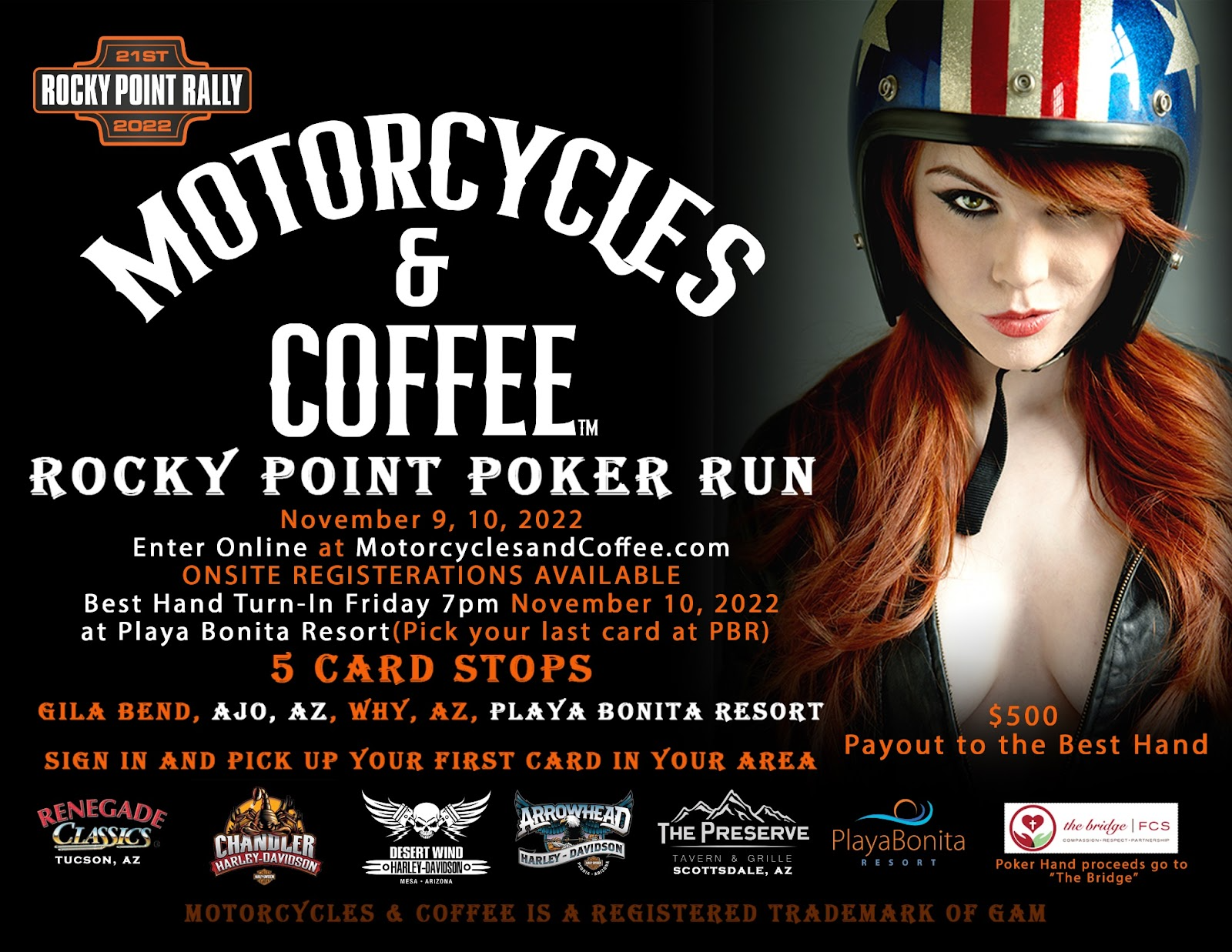 Got Tickets? Don't Waste Time Standing in Line. Get Your Tickets Now!

Take a few minutes now to register now, so you don't waste time waiting in line at the DIRT EXPO!  If saving time isn't enough of a motive. How about saving money?

If you love Off-Roading, Arizona's Original and Largest Off-Road & UTV Expo is the place to be December 3-4, 2022, at State Farm Stadium.   Get your Tickets Today and be registered for Daily On-Site Give-A-Ways!

The DIRT EXPO is here to get your imagination going with all the upgrades and information you need for your next Off-Road Adventure. Over 150 exhibitors are ready to help you find the builds, gear, and knowledge you’ll want for your rig, family, and friends. From tires to cages to world-class communication to industry leaders, the DIRT EXPO has the best of the best. DIRT EXPO exhibitors are there to get you the products and gear you need at the best prices available. The DIRT EXPO has all the toys, gadgets, and superior gear you see on rigs at the races, on the trail, and at the dunes. Also, don’t miss out on the Holiday Specials and End of the Year sales from your favorite Off-Road Brands.

Vendor Space is Selling Out

Arizona is one of the top Off-Road Destinations in the United States. Be Part of the Original & Largest Off-Road & UTV Expo in the State

Our new Home is Huge & Beautiful! However, space is limited. Call us today and Exhibit alongside all the Top Brands the Off-Road Industry!

ABOUT THE DIRT EXPO

The DIRT EXPO is Arizona’s Original and Largest Off-Road & UTV Expo. Since 2002 Andy Myers has been putting on Arizona’s Premier Off-Road event.  Originally called the Arizona Sand Expo the Event grew into one of the States Largest Expos and encompassed the entirety of the Arizona State Fairgrounds. In 2009, the Expo was canceled due to the economic downturn.

In 2015, the Expo returned as the International Off-Road & UTV Expo. In 2022 it was decided to scrap the name and go with a New Venue, New Name, and a New Plan. The 2022 DIRT EXPO is being held at State Farm Stadium in Glendale, Arizona. “Everything Off-Road” is the mission.

DIRT ALLIANCE is a registered Trademark of GAM 2022. DIRT ALLIANCE has been in the dirt for over two decades. Since 2002, generations of Dirt Alliance members have been promoting the industry and activities we love. Twenty-Two years of love, hard work, and dedication have kept Dirt Alliance one of the most recognized names in the Off-Road Industry.

Today, Dirt Alliance keeps the Love of the Dirt alive by promoting the races, events, racers, influencers, and companies we love via Dirt Alliance and Dirt Alliance Media.  This email acquired images from the companies represented or photographed by Dirt Alliance staff. If you are the rightful owner of an image within this email, please notify us at media@dirtalliance.com, and we will promptly remove the said image

Added to your cart: